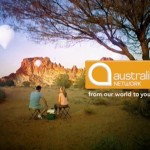 Australia Network was supposed to close down 18 September 2014. SMH back in June.

I started seeing ads on Australia Network saying they’re going to cover every part of the AFL finals series.

Turns out magically that the Australia Network will now close September 29.

In late August this turned up on Mumbrella:

Mumbrella understands that the Australia Network will continue its broadcast into Asia until around mid September. It will also fulfil its commitment to the AFL to offer a transitional schedule that will see it broadcast the Grand Final in Asia and the Pacific on September 29.

This despite a lack of funding following the withdrawal of the money from DFAT.

Now for those who have never seen Australia Network, it shows both the AFL Channel 7 coverage AND the Fox Sports coverage. Usually 6 games a week…for free, across the Asia-Pacific.

I don’t for one minute seriously believe that Australia Network was paying for the right to show AFL. It doesn’t show NRL, although there is a weekly Asia soccer show they show which is shown back in Australia anyway on the ABC.

My theory: the AFL was paying Australia Network to show the games as part of their expansion plans, and the extension of the channel for roughly an extra 2 weeks was due to the AFL making a payment to keep the channel on air.

There’s no other logical explanation. Given the funding had well and truly stopped it’s a miracle Australia Network is still on air…let alone towards the end of September.

I’ll also make another tip: in the new “Australia Plus” deal the ABC is pumping out to Asia/ Pacific networks (allegedly 6 hours a day…and they’ve got a pile of broadcasters on board) the Friday to Sunday coverage will be primarily AFL…because the AFL wants the coverage across their key expansion area.