Of course everyone in Australia knows who won the first one, and it will be a story for the ages: Steven Bradbury is 4th in the final and looks out of it, and then the 3 people ahead crash into each other, allowing him to win.

But I digress: how is it that Australia has gone from Winter Games minnow to moderately successful in the last 10 years?

Skiing has always been expensive here: I can remember as a kid only the richest in school went on skiing holidays because it was that expensive, and if you’ve ever checked prices today, it still is ($100-$200/ day for a lift pass etc.)

But I wonder whether Australia’s growing affluence may be reflected in our increased share of Winter Olympic gold?

That is: more people can afford to ski locally AND fly overseas and do it vs in the past.

The stats show every year record numbers of Australian’s holidaying offshore, and some of them might be heading for the snow as well.

I haven’t checked any stats, but I’d love to know if you could chart affluence against Australian Winter sport success. 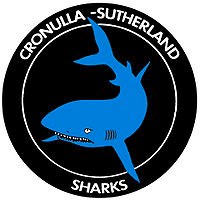 NBN by the numbers

Note that Fibre will only go to 90% of houses by 2018. Remaining 10% will be serviced by wireless or satellite. Whether this provision of the remaining 10% is dearer or cheaper I don’t know. I’d bet the 10% is cheaper, which makes the cost of the fibre higher again.

Comparative costs of “high speed” broadband in other countries:

Japan: to 160mbps $28 ($20 US) per household.
Note, that this rollout utilizes existing infrastructure as is an upgrade. Infrastracture that is already in place in most Australian capital cities (cable.)

United States: $1,141 (US$817. Conversions at 7/4)
This is the better comparison because Verizon is physically connecting homes to fibre as the NBN will do. The United States, like Australia has a large land mass, so doesn’t get the density advantage in play in Japan. Note Verizon currently offered at 50mbps, but the fibre network could sustain more; the suggestion being that the 50mpbs is more a market cap than technological constraint. Second: it’s the same sort of fibre.

So it costs $3922 per house more to roll out “high-speed” broadband in Australia vs The United States, or a staggering $5,035 per house more vs Japan.

Doesn’t matter anyway: it will never be finished. Politicians and long plans: be seen to do something now, and do nothing later.

Update: should be noted vs US: Australians are less spread out. You’d actually cover less territory in Australia to get to 90% (for fibre) than the US. Interesting to consider: if Australian cities were in the US, Sydney, Melbourne, Brisbane and Perth would make the top ten. Even Adelaide has more people that San Antonio, currently 10th in the biggest cities in the US list (here)

Update2: pointed out by tahpot on Twitter: the US figure doesn’t count “US$716 for equipment and labor in each home that subscribes.” But does the NBN? Is Rudd proposing a subsidy at the end as well? because I thought this was a wholesale access rollout and the retailers would cop the end charge.

But lets play none the less, because the gap is still dramatic.

This one will be interesting. Thorpe is an Australian Hero and now it looks like he was taking persian rugs…the irony of it all.

Did someone say “Indian Bookmaker”?

England beats Australia. I bet the odds the Australian team may have in theory received on England winning would have been phenomenal. The ghosts of Marsh and Lillee continue to haunt the team, even though fatso the magic wife porker has retired. 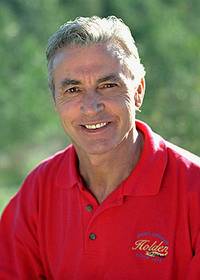 Peter Brock, veteran racing car driver, many, many times winner of the Bathurst 1000 has died today doing what he loved doing most: racing.

According to the SMH, Brock was behind the wheel of a car competing in the Targa West rally and crashed into a tree at Gidgegannup, outside of Perth at lunch time today (Friday 8 September).

I may have been a Dick Johnson supporter in my youth, but like many Australian’s I deeply admired the King of the Mountain. For many years it was a family ritual that on a particular Sunday in September we would all sit in front of a television set for the day and watch “the great race” as it unfolded, no mean effort the race itself goes for roughly 8 hours. And year after year one man continued to win on a regular basis: Peter Brock.

Although in recent years, his interview on Denton in particularly may have turned away some fans, he will still always hold the position in the hearts and minds of Australian’s as our greatest ever Touring Car Driver.

My thoughts and condolences to his family at this time.

The score says it all:

At 12:52 am WST, Australia loses to Italy in the last second by a dodgy penalty in the goal box awarded to Italy.

Simply, we were robbed. I wonder how much Italy paid the referee.

Update: Australia agrees, we were robbed.

Australia advances to the knock out round of 16 playing Italy 11pm (+8 GMT) Monday, which means unlike this morning where I slept through my 3am alarm, I can stay up and watch it!

And I love this SMH Graphic!

In response to Aaron

Aaron has posted this lovely photo of me:

and my only response: 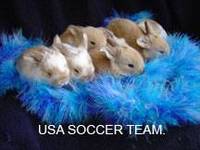