New gig: the response is humbling and I might be back. 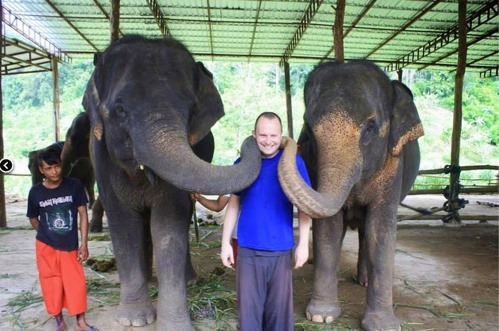 So I have a new gig, I’m a staff writer for Social News Daily. It was officially announced Monday US time (31/3.)

It was a beyond lovely post and I promise I had nothing to do with it…well except edit it after it went up after Andy Beard pointed out to me on Twitter: b5media was founded in 2005, not 2004 as per the original post (note to self: I’m getting old and forgetting dates 🙂 )

I’m also somewhat stoked that a good guy like Andy Beard not only remembers me, but remembers my past better than I do.

I’ve had a proverbial shit ton of positive feedback about the new gig across social media, including people who I haven’t had much to do with in years (some going back to TechCrunch time) that have gone out of their way to like, congratulate or other forms of social media recognition.

It’s humbling. It really is that after all these years people still can find value in me writing, and giving my opinion.

Those who know me, or have followed me through some pretty dark years know some of the story post divorce to this point. Roller coaster kind of comes close.

I’m not going to rehash it all again…because if one thing about the response to this new gig tells me is that where perhaps at times that while I didn’t have a lot of faith in myself, others still did, and do.

It’s my 13th year in blogging, and I’m in my 10th year this year of doing it for a living. I’ve been what I guess some would call extremely well off, and I’ve also had periods where I was buggered if I knew how to pay the next bill. Because life is never boring there were I think six periods over all 🙂

Over the last 18+ months I’ve tried to rebuild myself, and part of that has been with 4aus.com..sure, not exactly nail biting tech posts (or revenue), but I’ve built it to the stage it has paid the bills, and oddly it gives most readers joy, often daily, when they find free stuff. There’s nothing nicer when a reader emails me to say they loved a sample they obtained via the site..and in one case a $20,000 holiday abroad. The site helped me rebuild daily discipline in writing (8 posts minimum a day week day (I aim for 10), and sometimes it’s not as easy as it seems when you can’t find 4 or 5 freebies to post.)

I’m not giving up 4aus.com (it pays my bills), but having joined Social News Daily others now have an expectation that I write and deliver, and from this week I aim to continue to crawl back to someone I use to be. I hope to be someone who can make headlines again and break stories.

Since starting at SND I’ve already had an amazing impact in writing about the potential new Armenian Genocide in Syria, (with an insane 11,000 social shares and counting, on the first post, another 6k on the follow ups and still counting) and although someone said to me on Facebook today that I’m being employed to write click bait: it may be true to some extent but even if once a month I can drive traffic by helping promote an amazingly worthy cause like #SaveKessab, I can and will go to bed at night sleeping better for it.