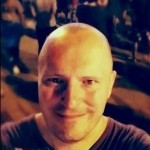 Got asked today whether I’d hooked up with anyone or found a partner yet in Thailand.

Oddly I remember several people (some who I can name but won’t) saying to me that you’ll never know yourself until you can live with yourself being single, something most of my adult life I couldn’t live with, and didn’t.

I think today that I can, but I’d lie if I didn’t admit there were times where I didn’t like being alone.

I reinvented myself at 30. Through risk, occasional misadventure and amazing ups, and sadly some downs (sometimes obviously serious) in between, not many people can say they spent 10 years working for themselves (or via contract from home, same sort of thing,) and in my case, I’ve never had to wear a suit to work in 10 years. Oddly the formal 10 year anniversary is 10 years come early December.

Shit has happened, but I remain grateful today that I have a writing gig that I love, friends, be it most of them far away, and I can wake up in the morning and occasionally inspire others to do better.

But for all that: I still don’t have a plan for the next 10 years, besides being able to legally see my own flesh and blood, Declan Riley, come August 2020.

I really should come up with a plan though, I’d love to be rich in the next 5 years and be able to put my son through University for example, but at this stage, given but once again his mother has cut off all access (legally, sadly) who knows.

I’ve got about 4 and a bit months to work out a plan.