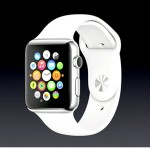 I’m self-aware enough to understand the difference between causality and correlation in the statistical analysis of market economics and marketplaces, and within that I get what I see or percive doesn’t equal an entire marketplace, but I still wonder: is there a real market out there for smart watches?

I’m not anti-watch, and I grew up loving the latest (in 80s terms) “smart” watches out of Japan. I can still remember the arguments my parents had in around 86 or 87, when I desired the latest Casio smart watch out of Japan at Paddy’s Markets in Sydney, my father saying I didn’t need it and my mother pointing out that $40 wasn’t much (mind you the average wage at the time was all of $200 a week.)

I always had the best watches in primary school, and I owned many watches well into my late 20’s, even early 30s. I even owned a fake Rolex at one stage I paid something like $30 in Hong Kong for in 2006 when I was off to Toronto to sign the paperwork that gave b5media $2million Series A, and saw as part of the deal me being sacked and paid out roughly $250k as part of the deal.

I’m pretty sure that’s the last watch I owned, and I only owned that one because it was a classic case of being ostentatious; by that stage I’d long since used my mobile to tell the time.

It’s not hard to be impressed by smart watches, although I’m still surprised by the lack of Dick Tracey references every time they’re written about.

Ironically because I don’t own a watch I couldn’t accurately time it but I’d guess it takes me 2-3 seconds to get my phone out of my pocket to check the time, and all of 0.5 seconds extra to unlock it to do further things.

So it might be a second quicker to flick my wrist to see what the time is.

So let’s just play out the smart watch scenario, because apparently it’s too hard to get your phone out of your pocket given it takes like a second longer: you get a shitty little screen, limited apps, and at least in the case of the Apple Watch, a watch if you use it with any regularity that you’ll need to charge 2-3 times EVERY DAY. Not joking: heavy use on an Apple Watch is 2.5 hours battery life, regular use 3.5 hours, and if you don’t actually use it to do anything other than tell the time you’ll still have to charge it every day anyway.

For a shitty little screen which if you use more than once a day for anything other than seeing what time it is you’ll have to charge at least once in the middle of the day, multiple times if you give it a work out.

Causality and correlation? ROFL. It doesn’t matter how much I can’t see the benefits of a smart watch, those stats are beyond surreal.

There was a report today that said that the Apple Smart Watch will sell 15 million units, and don’t get me wrong, I do love me some Apple tech, I’m typing this post on a Macbook Pro, and I was once of the first people in Australia to own an iPhone, but here’s the thing: it’s still 2015, and people don’t need a watch to know what the time is, let alone check their emails.

If anyone can find me a bookmaker to put money on it, I’ll happily bet against Apple selling 15m units, my bet is 3m max, and it will be regarded within 1-2 years as a major flop, because at the end of the day, who needs a watch to do what your phone already does anyway.