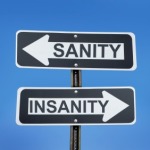 The line between Insanity and Sanity 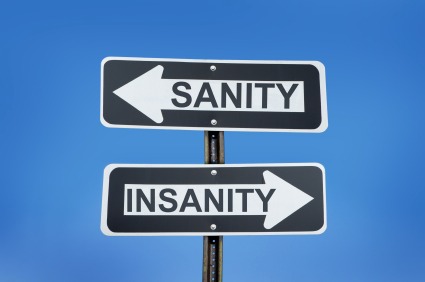 They saying that life wasn’t meant to be easy.

But life does test us.

I loved my time in Thailand, but towards the last week it became a challenge. I’m not going to go into all the details, other than to say fuck, and all at the last minute.

But I will share this; after a week of where I had magical highs and lows (I still can’t lift stuff with my right arm, and have possibly inflamed my arm injury again, falling on the steps of the BKK Sky Train..) so I, after a 12 hour layover in KUL, which was horrible, not because I couldn’t find a place to sleep on a bench, but because of the very rude people who make up 50% of those who do that (I’m not mentioning where they are from on the subcontinent and their unbelievable rudeness,) I got on the KUL-PER flight. Got to say Malaysia Airways was amazing in terms of quality and flight.

Would fly them again tomorrow: and in perspective, their cost was half of that than Air Asia/ Air AsiaX…which were supposed to be their cheap alt.

Except:…well, it’s probably not their fault vs the airports, but they lost my bag.

Nearly every single piece of clothing I own is in that bag. I did the purge couple of years back.

It turned up this morning (2 days later) via Courier: I can’t put in words how much it made me feel amazing again. Anyhow..

I will sleep tonight…and know I have my bag back in the morning.