It Just Keeps Getting Worse

I mean what sort of crusader Government attempts to take legal action over a site that it has ZERO jurisdiction over?

And crusader is the right term. This is a moral crusade by a Government led by a religious nutter that has no respect for the fundamental human right of free speech.

Yeah, yeah, AHRC is a separate body, and yes, it has tried it on before (although not like this.) But they know where the funding comes from, and they’re trying to impress their paymasters now….least is there any other explanation for this pure insanity?

Our Government and its statutory bodies continue to embarrass us on an international level, and I think without doubt now that it has to go at the next election. 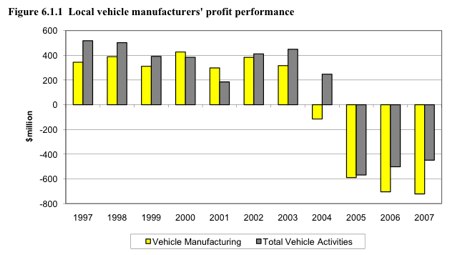 Fence sitting on an Australian Bill of Rights

So the Governments latest shiny media promotion tool is an Australian Bill of Rights, starting with a “nationwide consultation on human rights.”

I’m not quite sure where I sit on it, at least until what’s going to be in it becomes clear. The Libs have come out hard against it naturally, and any over extension of the nanny state caused by a Bill of Rights is something that should concern most fair people.

However I might be for it if it included one magic ingredient sorely missing from the Australian Constitution (and presuming a Bill of Rights would be enrished by Constitution amendment you’d presume it would have similar standing). Free Speech.

Free speech that includes freedom of the press and freedom for any citizen to speak within reason.

Sadly though it would appear at least now that an Australian Bill of Rights would result in a chilling effect on free speech, with targets including “promotion of religious tolerance and fundamental human rights” sounding an awful lot like you can’t speak out against a religion for example.

Free speech IS a fundamental human right. The fact that the Government hasn’t mentioned it isn’t surprising given they’re trying to censor with internet and they arrest journalists for keeping sources secret. The nanny state has a fringe of big brother about it in 2008, lets hope that a Bill of Rights doesn’t make the situation worse.

Now would be a good time to invade Australia

It could be worse…like New Zealand

NAVY chiefs battling a staffing crisis have taken the unprecedented step of ordering a two-month shutdown over Christmas, and have told personnel with child-care problems that they can work from home.

The navy has also ordered all ships not deployed on operations home for Christmas to try to combat a 2020 shortfall in trained personnel.

In addition, the number of sailors forced to stay on board ships docked in their home port on “duty watch” as sentries will be reduced from previous levels of 15 to 20 people to a skeleton staff.

On the bright side, docked ships still look scary, even if there’s no one to drive them 🙂

The SMH reports that Australia’s defence budget ranks 13th globally, not a bad effort considering we rank 52nd globally on a population count. Still, 6th globally by area excluding Australian Antartic Territory (which if counted would take us to 3rd). The better figure is GDP, where we come in at 14, so the 13th spot makes sense.

The results of the Australian Governments first test of internet censorship have been released today (pdf) and The Australian, as usual, runs the Government spin:

THE federal Government will embark on the next step of its internet filtering strategy after initial trials proved successful, Communications Minister Stephen Conroy said….

In the past, one of the main drawbacks of the technology has been web performance degradation but the government now says the trial showed that ISP-level filtering technology had significantly improved compared with technology used in a 2005 trial.

“It is very encouraging to see that the industry has made significant progress with ISP filtering products and we are heartened that many of the products tested are commercially available, with many of them already deployed overseas,” Senator Conroy said in a statement….

Senator Conroy said the tests proved that the web filtering technology could be expanded to a wider base.

A side note: I always love it how some mainstream journalists here preach that bloggers don’t research a story properly then run a Government press release without actually reading the paper or providing critical analysis on it. But I digress.

The ACMA paper looked only at the technology in use and did not consider the cost of any filtering technology, a critical consideration when implementing broadscale internet censorship in Australia.

The paper finds that filters in place, but not actually filtering content (bizarre test, I know, but the results are telling) resulted in the following degredation of service (by which you would presume meant reduction in data, hence speed):

In short form: even when not filtering content, the filters for all products saw a decrease in internet speeds of up to 30%. For 5 products, the speed reduction of up to 10%.

Translated: one product only caused a 2% drop, 3 products caused speed reductions in the vacinity of 22-30%, two products a staggering greater than 75%. Notably the product that causes the least speed reduction is not named nor related to the success in filtering results (which we are about to get to), so it may have a lower impact on speed, but it may have higher rates of failure in actually censoring content.

How those figures relate to the next set I’m not sure, because this set indicates the failure to block nominated content

Maybe it’s buried further into the paper, but if the base is 88% yes, and the fail rate worst figure is 8%, where’s the missing 4%?

Overblocking may be a new term to most, but it means censoring content that isn’t meant to be censored. The results

The previous trial reported a difference in the level of overblocking (that is, the proportion of content that was blocked that should not have been blocked) between the most and the least accurate filter products in the range six to 62 per cent. The corresponding levels measured in the current trial varied across a significantly smaller range?¢‚Ç¨‚Äùbetween one and eight per cent, with most falling under three
per cent. The median overblocking rate was significantly improved from the previous trial.

Yes, somewhere between 1-8% of perfectly legal sites were blocked in the trials. But that’s ok, because it use to be 6-62%.

Here in lies the problem with censorship: once it starts, it rarely stops, and in this case, innocent content providers and online retailers may find themselves blocked for no other reason that the technical failure of the Government’s plan.

Communications Minister Stephen Conroy is hell bent on selling a rabid, three legeed dog no matter what the cost to ordinary Australian’s.

That censorship will no longer deliver 75% drop in speed doesn’t make 22-30% acceptable. Any cut in internet speeds places Australia at a further disadvantage in the information age.

Success rates of 90% in filtering trials are irrelevant on two fronts. First, the testing considered a list of sites to be blocked, but as anyone sitting behind a corporate firewall knows, or even in China for that matter, it’s extremely easy to bypass content filtering. Those that want the content the Government is so keen to censor will still get at it. Secondly, it is NOT acceptable that in a democratic, free country that the Government deems it acceptable to implement technologies that censors any amount of legal content, let alone up to 8% of it. Who are these future victims of accidental Australian Government censorship? will they be compensated? Would we accept the Government accidentally taxing millions of Australians, or denying them social services? Imagine being removed from Government databases, to be a non-entity in your own country. The outrage even in a handful of cases would be loud and long, and yet our Government is planning to accidentally block Australians doing their business online from being seen by other Australians.

Censorship is always flawed and always has unintended victims. The victims of Senator Conroy’s bloody mindedness will be every internet user in Australia, through increased costs, lower speeds, and for some of them, to be denied their legal rights in what is suppose to be a free country.